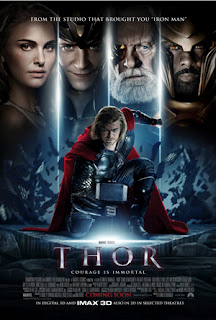 This coming Wednesday is Tomb Sweeping Day, a public holiday in China, and because of this, I thought it appropriate to write a blog post on why this results in me having uni on today, a Saturday.

As someone who has to deal in my second language on a daily basis, I still occasionally get instances where my accent and non-standard pronunciation causes misunderstandings. Occasionally, I also run into misunderstandings when I speak correctly.

Since I don’t look Chinese, most people try to make allowances for the fact that Chinese is not my native languages. This means, amongst other things, that if they believe that I’ve said the wrong word due to getting my tones mixed up (the most common pronunciation error that foreigners make), they mentally substitute the “correct” word for me.Usually this is fine, but occasionally the word that people assume is “wrong”  is actually the word I originally intended to say - but people mishear it because they're expecting to hear something different.
Read more »
Posted by Lusy at 3:20 pm No comments:

How to Make Travelling Affordable

Travelling is expensive. Aside from the large overhead costs of air tickets and hotels, you then have to take into account food costs, ticket prices, and (for some jobs) a reduced salary for the period that you're travelling. While some people might be able to afford travelling without having to think about the money involved, the rest of us have to worry about cost. With this in mind, I've made a short list of things you can do to make travel a bit more affordable for  those of us on a budget.
Read more »
Posted by Lusy at 12:00 pm No comments:

Well, it's that time of week again. Time for me to give my updates on my language progress.

Tips for Studying in China

While the thought of studying in may seem intimidating at first, it is actually not a hard thing to do. The costs are low (both in terms of fees and cost of living) and there are few barriers to entry for foreigners into most courses. The two main factors which make it hard to study in are the relatively small number of people who go to , and the fact that those interested may not be aware of where to search for information on Chinese schools.
Read more »
Posted by Lusy at 9:11 pm No comments:

In the last couple of months, I've started learning two different languages: Malay and Russian. I briefly touched on my reasons for learning Malay in my earlier post on why to learn a foreign language - since my boyfriend's grandmother doesn't speak much English, I want to learn Malay so I can communicate better with her. As for Russian, I'm learning it in part because my boyfriend and I have vague plans to go through Central Asia during my summer holidays, and in part simply because I want to.

In order to keep track of my process, and to give others insight into the early stages of learning a language, I've decided to start a regular feature on my blog: every Thursday, I will give an update on my progress in both languages.

Unfortunately, I didn't think to start this section of my blog as I started learning each language, so you'll have to do with me starting partway through. For now, I'll give an update on my progress so far: